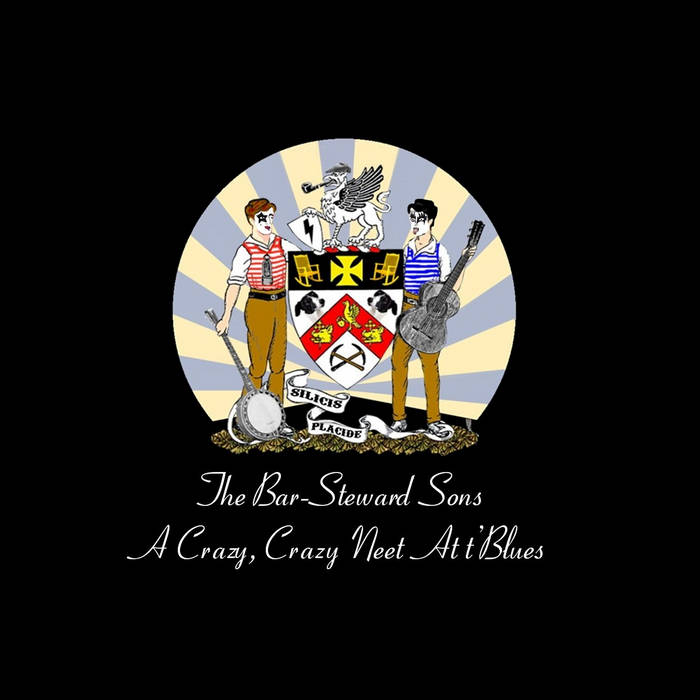 This BS/VD live album is the second part of our adventurous, but classic, double-album set, which was recorded at the Blues Bar in Harrogate (where we recorded A Neet Art Of Tarn)!

In a tip-of-the-hat to one our favourite albums by the mighty Queen (and also KISS), 'A Crazy, Crazy Neet At t'Blues' features a whole new batch of live Dooni-tracks, including some tracks yet to be recorded in the studio for the forthcoming 'Sat'day Neet Fever' and some so fresh the whole band had never heard them!

We played the set in full KISS make-up in front of a manic crowd of crazed Doonifans and the 160 min set, which had to be halved to fit it onto a CD, featured acoustic crowd surfing, collaborations with former-Housemartins and Pocketful O'Nowt, Elvis costumes, a really drunken guy (who may have had Tourettes), and much more! As a result, this is a rare Doonican album as it also allows the listener to get the impression that they are getting drunker as the set goes on!

A huge thanks to Amanda, Kay and Hannah, Mike, Hugh, Harv and Toni from Pocketful O' Nowt, Dave Townsend, Sara-Jane Robertson and the rest of the Harrogate Doonifan Army, Simon and Sharon Colgan, THAT drunken guy, the people who didn't drop Scott or Andy during the crowd-surf to the bar and back, Simon Porter and Dave Harrison, and anyone who came to the show that night!

and
Dave Townsend - Vocals and Elvis costume on tracks 16, 17 and 18
THAT drunken guy - Bisto Can percussion on track 16
The Doonifan Army of Harrogate - vocals on It Must Be Love