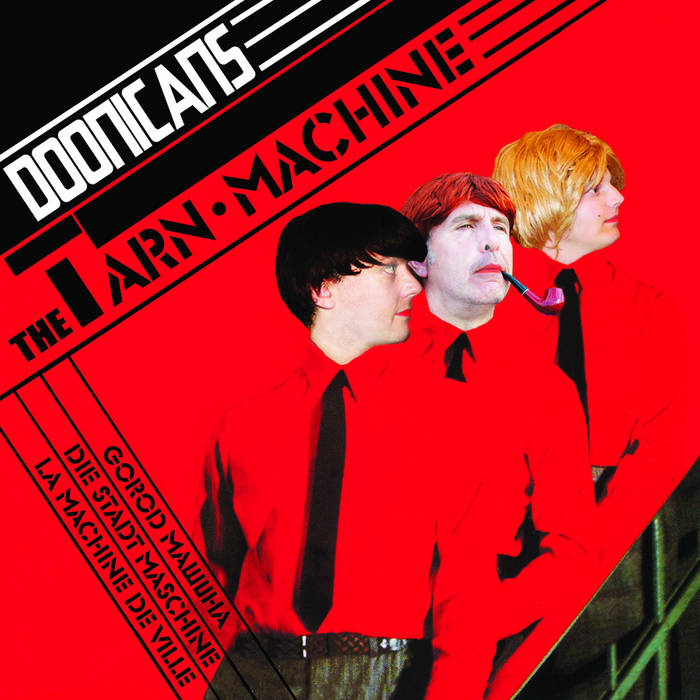 Studio album #6 saw ALL CHANGE for the band. Very shortly before the release of album #5, Bjorn joined the band's ranks, making us a four-piece for the first time. Then later that same year, Alan #1 left, to be replaced by his brother Alan #2 (this is a long story, which is explained on our website!).

The majority of the songs on The Tarn Machine were written in the period between January and April 2015 during a time of great turmoil. During this period the new line-up of The Bar-Steward Sons were forced to take time-out from live shows after Scott's partner, Amanda, had to undergo surgery, chemotherapy and radiotherapy for breast cancer.

The album was originally released in early 2015, but with the benefit of hindsight, we felt that we could significantly improve on the production of the album, and so in late 2019, during the 'Leap of Faith' Project, we roped long-standing sound guru Joel Howe back in to mix and master new renditions of the original tracks. On some of them we went back to the original tracks (stripping out rough sounding bits, fixing bits and adding totally new bits to add texture), and in some cases it was back to the drawing board to just start from scratch with long-established tracks to improve them.

We hope that people enjoy revisiting the tracks as much as we did, and to anyone new to them, you will also get the original versions as bonus tracks as they were as 'demo versions' too so that you can compare them and see how they evolved over the years.

Mixed and mastered by Joel Howe